The Oak tree was approximately 300 years old and had been in decline for many years. Leicestershire County Council informed the Parish Council that it died during autumn 2016 and spring 2017. However, rather than fell what remains of the trunk they proposed to reduce it in size. This was an attempt to retain the trunk as a feature and ecological habitat, similar to those found within Bradgate Park.

However within a very short time the tree began to be vandalized with graffiti and obviously this would continue. The Parish Council decided to turn it into a feature as once carved it could be repaired if need be.

The work was carried out by Peter Leadbetter and took approximately two weeks during March 2018. The money was raised by a large donation from the Friends of Charnwood Forest and the balance being raised from the residents of the village. The latter being organized by village resident Dick Howard. 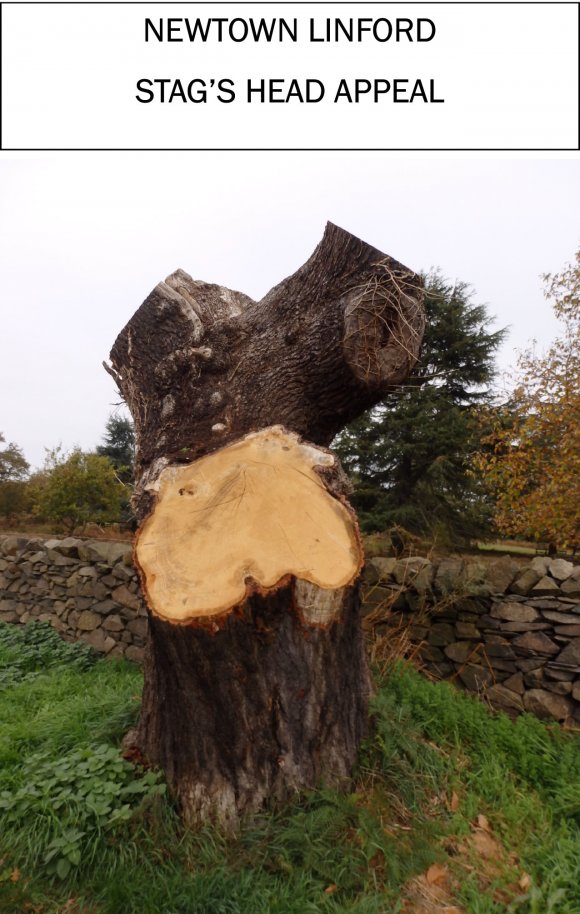 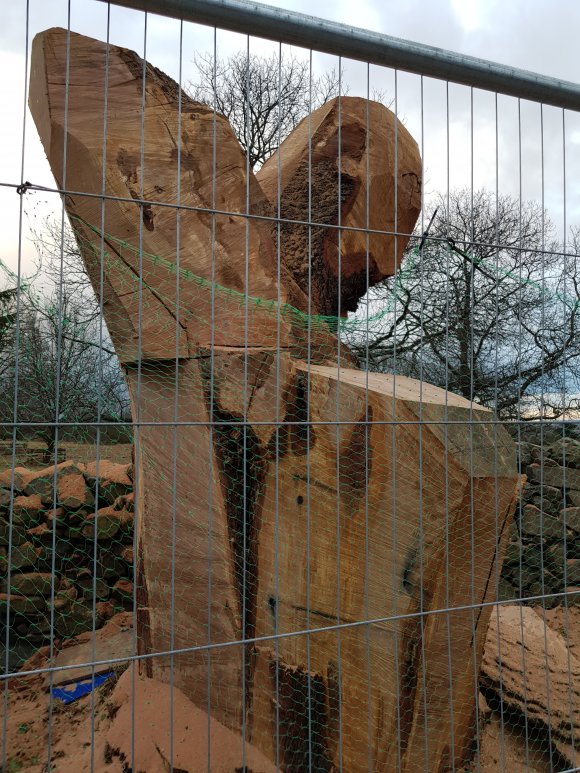 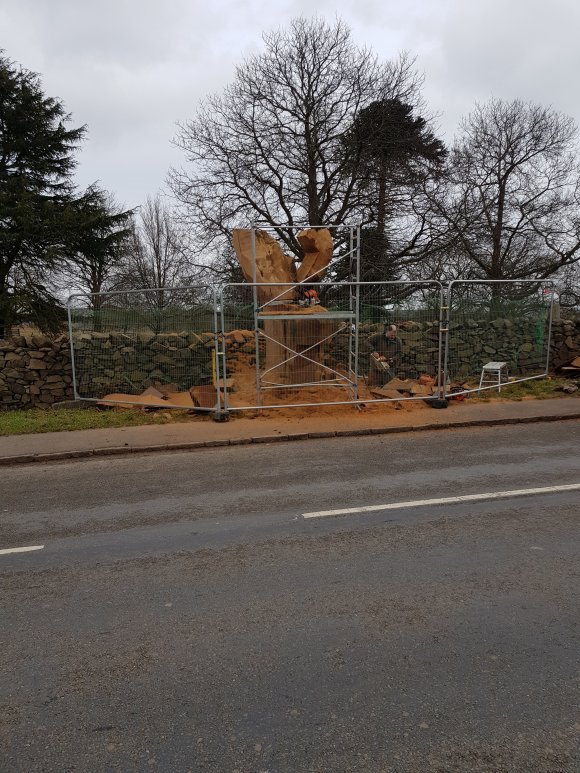 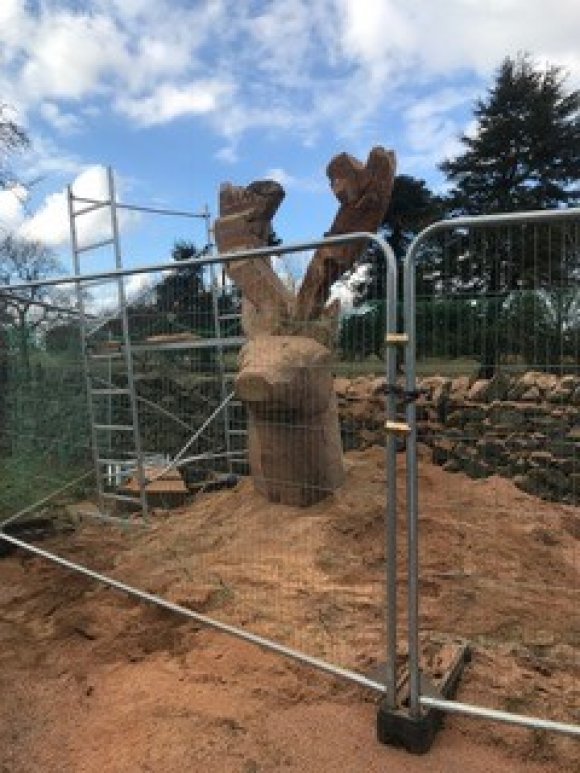 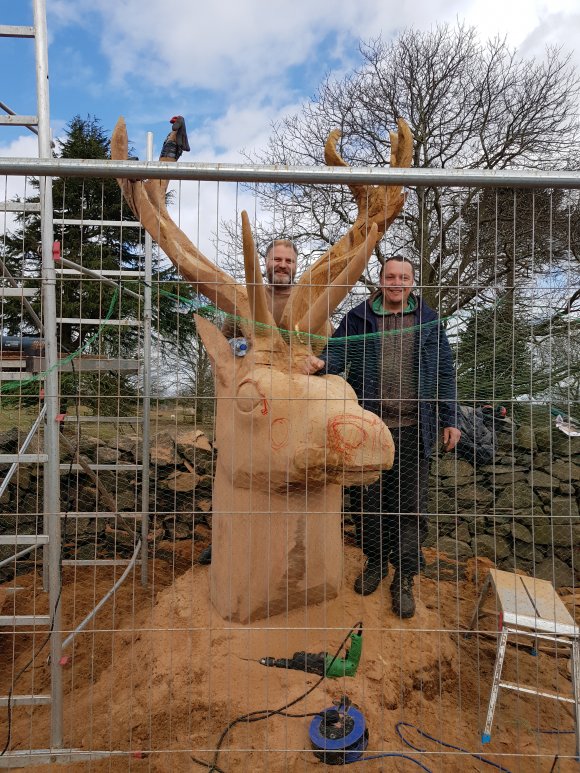 virtually completed. Peter and his assistant