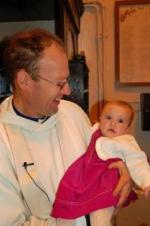 Richard is seen here on the occasion of the naming of Isabella May Gee on the 2nd November 2008. He had officiated at the wedding of her parents Gabriela and Oliver Gee in 2005. photo courtesy of the Gee family 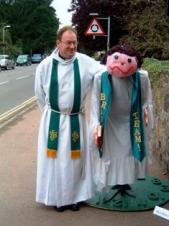